What answers can policymakers provide to the concerns of young people?

Regulate GAFA
Young people support national and international regulations towards GAFA. This is an advantage for decision-makers at a time when, on an international level, they are deliberating over fiscal and editorial rules to apply to Tech Giants.

Teach critical thinking
The distrust of social media, traditional media and fake news raises the question of better individual education to information analysis and critical thinking.  The generalization of such a discipline encompassing history, economics and philosophy, seems indispensable from secondary school onwards, to provide students with at least a basic ability to question, sort and validate the information received.

Reform the corporate world
The deep mistrust voiced on companies and the world of work could suggest a need for substantive regulations concerning the very paradigms of work organization, particularly with regard to the corporate world. This de facto reappraisal, so internationally shared among our youths, justifies the search for different youth employment solutions by the major international organizations concerned, for example the ILO, UNIDO, and the OECD.

The EYES or Emergy Youth Early Signs report sets out to capture the early stages of opinions and thoughts forming in international youths on five social issues initially prioritized by young people themselves : traditional media and the press, social media, security, new technologies and the world of work.

Taking a global comparative approach, the EYES 2021 report points out the similarities and differences between emerging concerns around these issues among young people from five countries: Brazil, China, France, South Africa and the United States of America. The analysis is based on some one hundred verbatim statements of young people gathered in working groups, then 55.5 million tweets published between by nearly 2.8 million young people aged 18 to 24. Twitter monitoring was conduted by Antidox, between July 2020 and June 2021, thanks to text mining and sentiment analysis.

The EYES 2021 report wishes to ensure the voices of young people are heard by making their opinions available to national and international policymakers. Thus, we wish to contribute to elaborating substantive political solutions to give to those who are the youngest stakeholders in the public debate of our five countries.w

The analysis confirms the existence of several different youths rather than a single global one. While young people raise common issues, exchange opinions, export and spread judgements using the same words, they do not attach the same level of importance to these and, more importantly, they do not always understand them in the same way. The exportation then extraterritoriality of ideas are the most frequent on the topic of security, along with those relating to the regulation and responsibility of both traditional and social media. They also are the most discussed topics globally.

With a few geographical nuances, trust in traditional media is extremely low and is only slightly higher in social media, with both accused of communicating false information. While the young people of all five countries are evidently concerned about fake news, the qualitative face-to-face interviews show that they care about the balance to strike between regulation and censorship.

There is a deep, general mistrust of GAFA (Google, Apple, Facebook, Amazon), also known as Big Tech, the Big Four, or the Tech Giants. Across all five countries, the most engaging debates are about freedom of expression, the censorship power of these companies, and the challenges in regulating them.

Finally, the corporate world is viewed negatively by young people in all five countries. The disappointment in the world of work is also shared by everyone.

The role of States, governments and regulations is widely mentioned, and young people seem to express expectations with regard to these on all five topics. 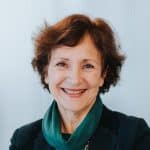 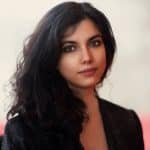 Your opinion interests us

This survey is anonymous, we only store your response in order to improve the content we offer you.

Copy the embed code below and paste it into your website